Laura Waterman Wittstock shares about her book “We Are Still Here: A Photographic History of the American Indian Movement .” 2-23, 2014 at 4pm 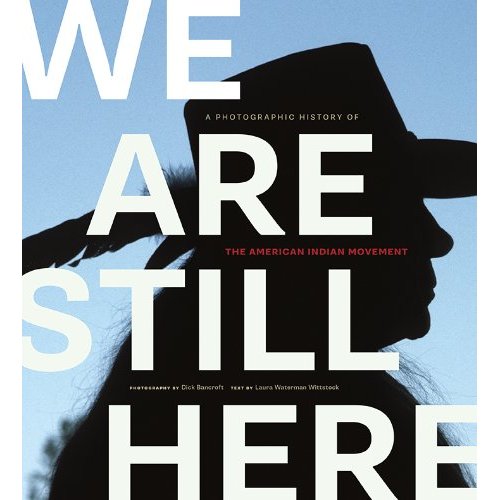 Laura Waterman Wittstock is the author of several publications, including the forthcoming We Are Still Here co-authored with Dick Bancroft; Diverse Populations/Diverse Needs: Community Foundations and Diversity and Changing Communities,and ININATIG’S Gift of Sugar: Traditional Native Sugar Making. Her journalism background includes: editor of the Legislative Review in Washington, D.C. and reporter and later Executive Director for the American Indian Press Association, also in Washington.

Waterman Wittstock was elected to the Minneapolis Library Board in 2005 and served until the board was dissolved in 2009. She was appointed to the board in 2002 by Mayor R.T. Rybak.

She served as the fourth (2006) Louis W. Hill, Jr. Fellow in Philanthropy under the University of Minnesota’s Hubert H. Humphrey Institute of Public Affairs, and serves on a number of nonprofit boards including Bdote Learning Center and the Greater Metropolitan Housing Corporation. She has served on review panels for the National Endowment for the Arts since 1993. She writes opinions in the Indian Country Today Media Network and the Minneapolis Star Tribune’s Your Voices.

Like Loading...
This entry was posted in Make No Bones Shows and tagged Laura Waterman Wittstock shares about her book "We Are Still Here: A Photographic History of the American Indian Movement .". Bookmark the permalink.