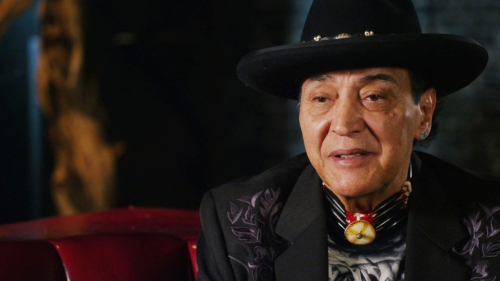 One of the co-founder of the band

With his brother Lolly, he is also the co-founder of the band in 1969 after they had a almost ten year long successfull career in Los Angeles under the name of Pat & Lolly Vegas.

Born in 1941, Pat was the main composer, singer of the band. He is also an amazing bass player with a very unique style, very rythmic and profound sense of rythm and energy

Pat and Redbone were honored during the Native American Music Awards 2008.
Pat was inducted into the Hall Of Fame with special honors at Seneca Niagara Casino, Niagara Falls, New York.