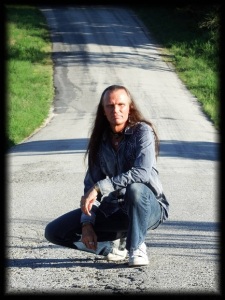 John Two-Hawks
John Two-Hawks is a GRAMMY® and Emmy nominated, Platinum Award Winning Virtuoso Native American Flute Music recording artist whose music has been featured in movies by Fox Searchlight, films by  HBO, and programs by The History Channel.  An international touring artist, Two-Hawks has performed for audiences as large as 12,000.  The music of John Two-Hawks soars with breath taking symphonic sounds in one moment, and then soothes the spirit with the powerful organic voice of a lone flute in the next.  A Master Virtuoso Native American Flutist, John is also an extraordinary musician, vocalist and composer.  And Two-Hawks has always held fast to his Oglala Lakota Sioux lineage and culture, and it is from this place that the soul of all his incredible music is born..

As well as his established reputation as a musician and recording artist, John is also a veteran, award winning stage and screen actor (member of SAG), a published author, and a gifted  inspirational keynote speaker who has shared the speaking stage with former Presidents, acting Senators and Hollywood celebrities.  Regardless of the engagement, John Two-Hawks never fails  to deliver a high standard of excellence, integrity and professionalism.