Jimbo Simmons and Chauncey Peltier on Make No Bones About It. Dec 27th, 2015 at 5pm

Jimbo Simmons is a member of the Choctaw nation and of the Leadership Council of the American Indian Movement West (AIM-WEST), which resists colonization, respects traditional knowledge and self-determination, and raises awareness on issues that concern Indians of the Americas, from racism to protection of sacred sites, the rights of the child, treaties, political prisoners, police brutality, immigration and militarization, climate change and the United Nations General Assembly “Declaration on the Rights of Indigenous Peoples. He is in solidarity with Palestinians and all indigenous peoples that are subjected to expulsion and ethnic cleansing. 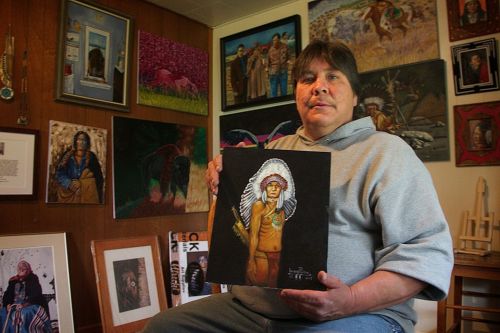 Chauncey Peltier, son of Leonard Peltier, the Native American who was convicted of killing two FBI agents in 1975 and sentenced to two consecutive terms of life imprisonment, is now taking care of all the paintings his dad makes in prison. Benjamin Brink/Staff 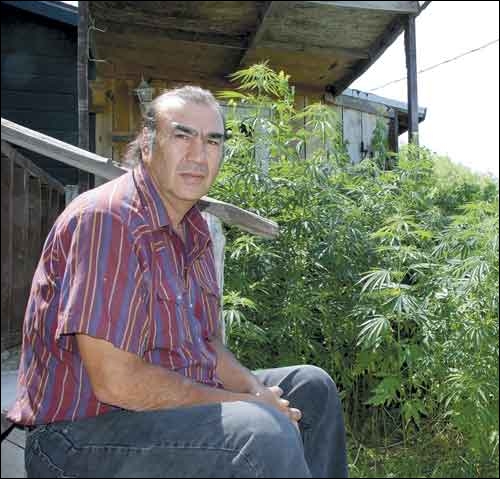 Lakota Activist Alex White Plume lives with his family and extended family on a 2,000-acre ranch near Wounded Knee Creek, SD. We will be visiting with Alex about the morning of December 29, 1890, Wound Knee Massacre and Big Foot Ride.  “The whole Sioux Nation was wounded at that last terrible massacre, and we’ve been suffering ever since. It’s true we have our own ways of healing ourselves from the genocidal wound, but there is just so much historical trauma, so much pain, so much death,” White Plume said, and he would know. It is time for us to just listen, thank you Alex White Plume for your willingness to share with us on KAOS Radio, this Sunday, Dec 27th, 2015 at 4pm. Tune in http://www.kaosradio.org