Lillian Pitt is a Native American artist from the Big River (Columbia River) region of the Pacific Northwest. Born on the Warm Springs Reservation in Oregon, she is a descendent of Wasco, Yakama, and Warm Springs people.
She is one of the most highly regarded Native American artists in the Pacific Northwest. Her works have been exhibited and reviewed regionally, nationally and internationally, and she has been the recipient of numerous awards and distinctions. Her awards include the 2007 Earle A. Chiles Award for Lifetime Achievement, and the 1990 Governor’s Award of the Oregon Arts Commission, which declared that she had made “significant contributions to the growth and development of the cultural life of Oregon.”

Primarily a sculptor and mixed media artist, Lillian’s lifetime of works include artistic expressions in clay, bronze, wearable art, prints, and most recently, glass. The focus of her work draws on over 12,000 years of Native American history and tradition of the Columbia River region. Regardless of the medium she chooses to use, Lillian’s contemporary works are all aimed at giving voice to her people.

“Everything I do, regardless of the medium, is directly related to honoring my ancestors and giving voice to the people, the environment and the animals. It’s all about maintaining a link with tradition, and about honoring the many contributions my ancestors have made to this world.”

Lillian’s works are found in personal collections, art galleries and museums. They are also found in numerous public spaces including parks, schools and cultural institutions throughout the region. Her most recent public works are featured at the Vancouver Land Bridge, one of the seven “confluence” projects along the Columbia River, designed by internationally renowned architect Maya Lin.

Tagged Lillian Pitt: A Pacific Northwest Native American Artist on "Make No Bones About It." 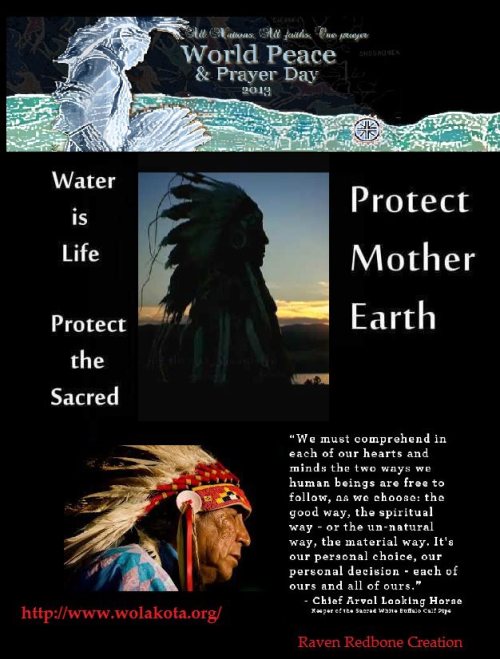 Yes, our life energy must be a gift for our future. Your life, my life, everybody’s life must follow your given path. So pray or meditate. Follow your inner path and learn just how powerful you are and learn that you are a leader for your people, your family, your children, and the Mother Earth.

Chief Arvol Lookinghorse’s Message for May 2013

My Grandmother shared with me a powerful time when the people came together for prayers during the Dust Bowl in the 1930¹s. She accepted a C¹anupa to bring out the White Buffalo Calf Pipe Bundle to end the drought and bring healing to Mother Earth. Even the non-native farmers heard of this prayer time and offered a cow to feed for the ceremony. The prayer was answered!

Recently I accepted tobacco from a Grandmother – Anpao Wic¹ah¹pi Was¹te Winyan of the Ihanktowan Oyate. She had a dream of bringing People together at the bundle to pray for a healing of the biggest cancer that is spreading upon Mother Earth; caused from the Tar Sand efforts with XL pipeline that is threatening to come through our territory and our Sacred Sites.

Our Nation who is known as the Pte Oyate (The Buffalo People) will be praying with Sacred Bundle on May 18, 2013. Please bring food for feast and tobacco offerings.

I am asking ³All Nations, All Faiths, One Prayer¹ to help us during this time of this gathering by praying with us on this day where ever you are upon Mother Earth.

We need to stop the desecration that is hurting Mother Earth and the communities. These recent spills of oil are affecting the blood of Mother Earth; Mni wic¹oni (water of life).

Chief Bernard Ominiayak of the Lubicon Lake First Nation of Canada is also asking for prayers and to let the World know of his People¹s stand against the Development that is happening against his People. They sit on 70% of oil; those that are after this oil are threatening their lives. His concern at this moment is of non-members, without their consent, signing away their rights and negotiating with Corporations that will forever affect their way of life – to live off the land – handing them a death sentence. At this moment there are too many of their people dying from cancer. When they hunt, they are finding maggot-infested moose. When they fish they are finding two headed fish. The people are dying from trying to survive in a traditional way in their territory. The UN has submitted a statement in support of Lubicon Lake Nation¹s stand to live in Sovereignty and live in their tradition.

We have many concerns at this time. Along with the First Nations whose territory is within the Tar Sands desecration; with their lives being threatened and also the high death rates of cancer, along with the sickness of the land and animals.

I have also been contacted by People who will have another gathering outside the UN at Isaiah¹s Wall in NYC, they are committing to support and pray with us on May 17th at noon.

In a Sacred Hoop of Life, where there is no ending and no
beginning! 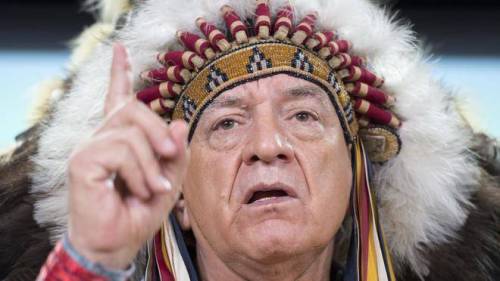 Hereditary chief of the Ihanktonwan First Nation Phil Lane Jr. said the treaty reinforces First Nations obligations to defend the environment based on ancient laws, now and into the future.

“This is part of a much larger global campaign called Protect the Sacred. The sacred is not limited to stopping tar sands projects. It’s a global Indigenous movement with allies around the world that are going to focus very specifically on issues that are negatively impacting Mother Earth and Indigenous peoples and humanity, all members of the human family.”

Tagged Chief Phil Lane Jr., Make No Bones About It, Protect the Sacred

Nancy’s parents are Donald & Janet McCloud, we grew up on the banks of the Nisqually River, my father’s parents are Willie Frank & Angeline Tobin, my mother’s are Mamie McCoy & John Renecker – I have 7 siblings, 6 children and 10 grandchildren. I live in Yelm, WA., by my parents home..

Janet is a Tulalip Tribal Member, Don is a Puyallup Tribal member.

Nancy grew up in the fishing wars on both the Nisqually & Puyallup River – we seen, heard and felt the anger of the sportsmen, game agents and the state government.

Nancy graduated from college at Evergreen College under the direction of Mary Hilliare.

Nancy worked at the Puyallup Tribe off and on for over 30 years – I like Natural resources jobs,. Nancy has been on Tribal Council during the Land Claims Settlement.

Nancy is very vocal when it comes to telling the truth of the fishing rights, or protecting our natural resources.

Nancy said we were very luck our parents took us around d the United States to visit other nations, participate in their ceremonies and learn different traditions and cultures. 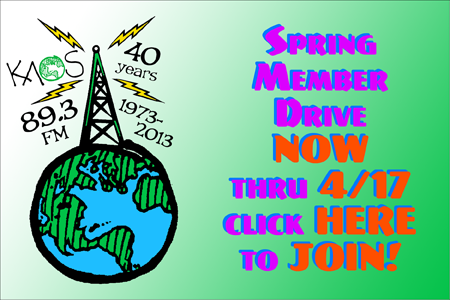 NATIVE CHILDREN’S SURVIVAL (NCS) is a 501(c)(3) non-profit organization dedicated to raising awareness about critical issues facing Mother Earth, her children, and the seventh generation to come. Our mission is achieved through the international language of music and film, and sustainable product development.

Founded by Robby Romero in 1989, our first music video project, “Is It Too Late” was broadcast around the world from the Kremlin following President Gorbachev’s historical environmental speech at the 1990 Global Forum in Moscow. Since then, NCS has created award winning music, music videos, public service announcements, and rockumentary films, that have reached millions of people from all walks of life through broadcasts on MTV, VH1, Sundance Channel, CNN, SABC Africa, and many other networks around the world. NCS has also created and developed internationally successful products that have supported the traditional values and sustainable practices of Indigenous Peoples around the world.

In addition to raising awareness, NCS is dedicated to supporting children’s programs, and grassroots Indigenous organizations that are working on the front lines to protect and support Indigenous Peoples and the environment. Through our projects, we have successfully raised millions of dollars to aid these organizations.

“The success of NCS would not have been possible without the wisdom, guidance and support of our Board of Advisors. We appreciate your commitment and contributions.”