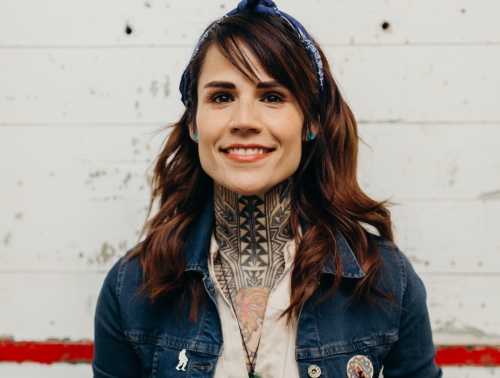 Donell Barlow is Yurok and an enrolled member of the Ottawa tribe, Otter clan. She currently resides in Spokane, WA working with Native youth, families, and communities as a certified Holistic Health Coach and Yoga teacher. Donell received her certification as a Holistic Health Coach six years ago from the Institute of Integrative Nutrition. Her deep passion for working with the Native Youth utilizing traditional foods as medicine has been at the forefront for most of her work. Donell released “Medicine Tracks-A Memoir” in 2018, and is in the layout process of her children’s book “Bigfoot and Lightening Bug” to be released this summer. Donell enjoys offering a wide variety of skill-sets to her participants through seminars, webinars, and workshops.

In the spring of 2013, Jack became the first Montanan to receive the C.M. Russell Heritage Award, given to honor his contribution to the “legacy, culture, and life of the American West.” That same year, Jack was inducted into the University of Washington Alumni Hall of Fame in the field of Speech Communications.

In 2014, Jack Gladstone and Friends were featured on Montana PBS, 11th and Grant with Eric Funk, sharing an Emmy for Arts and Entertainment. In early 2015, Jack was honored by the State of Montana with a Governor’s Humanities Award. In October, 2016, Jack garnered the prestigious “Jennifer Easton Community Spirit Award” from the First People’s Fund and in December, 2016, the Governor’s Art Award.

Tune into KAOS 89.3 FM Olympia this Sunday April 21, 2019 from 4-6pm PST for the show, Make No Bones About It. Raven Redbone will be hosting Pacific Sámi Searvi President (Julie Whitehorn), Astri Dankertsen (Sámi professor from Bodø, Norway), and myself!

We will be discussing Sámi history, culture, and politics, as well as playing contemporary music representing the languages of Northern

We will be sharing unpublished poems from Sámi multi-artist and activist, Niillas Holmberg. We will also be interviewing Sámi politician and activist, Beaska Niillas live on air.

For those of you who are out of range you can stream the show live here: