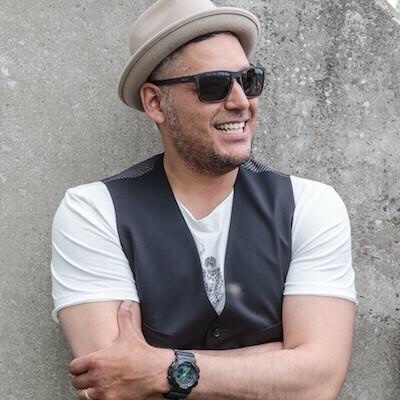 “One foot in the past, one in the here and now…”

Adrian Sutherland is from the Mushkegowuk Cree community of Attawapiskat, situated on the coast of the James Bay in Northern Ontario. He’s a singer/songwriter and frontman for roots/rock band Midnight Shine, making ‘radio-friendly’ music that draws upon his personal experiences, while reflecting universal themes like family, home, love and loss. In addition to making contemporary music, Sutherland – who is fluent in Cree – is a traditional knowledge keeper. He teaches his children to hunt, fish, and survive on the land. He participates in spring and fall harvests, takes part in ceremonies, sings pow wow, and is a genuine example of someone who lives authentically. He is a father, grandfather, and hard-working husband, proud of who he is, and where he comes from. Setting Midnight Shine apart from other bands is the depth of Adrian’s exploration of his First Nations’ identity, values, and life in the North. Midnight Shine caught the attention of Ralph James from Toronto (APA Agency), one of Canada’s most renowned and respected booking agents. Ralph has since become Midnight Shine’s biggest industry champion, helping take their career to the next level. Adrian cares deeply about First Nations’ issues and his people of the North. He worked as a paramedic for many years, providing emergency response services all over Northern Ontario. He spent three years as Chief Executive Officer for Economic Development in Attawapiskat – a position he left in March to make more time for his music career, cultural obligations, and growing family.

A graduate of Northern College in Timmins, Adrian completed Business Management in 2014 with studies in accounting, human resource management, marketing, communications, and community relations. Prior to, he pursued the education and certification to become an Emergency Medical Technician. Adrian was nominated for a 2016 Premier’s Award from Colleges Ontario for the work he does in his community and his commitment to the North. Adrian believes in being a healthy role model for the next generation – through music, arts, and sports. He was thrilled to play hockey alongside other musicians and former NHL greats at the 2017 JUNO Cup in Ottawa. He is passionate about facilitating sessions for youth, ensuring that young people have access to education, opportunities, and cultural land-based learning. He was instrumental in bringing Toronto-based ArtsCan Circle to Attawapiskat, and gets great satisfaction from helping kids discover their talents. While Adrian’s home has been the subject of much negative media attention, he would like to change those perceptions through the work he is doing with Midnight Shine: “There are good stories to be told from Attawapiskat, and from all over the North. I hope we’re one of them.”

Scotti Clifford of Spirit Cries on Make No Bones About It. May 5th, 2019 5pm 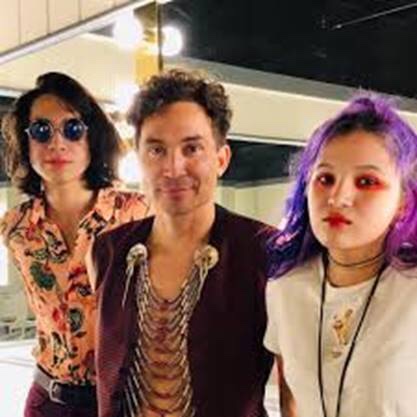 A Native American rock trio formed in the Badlands of South Dakota, Scotti Clifford & Spirit Cries is sonically rooted in blues and indie rock inspired lyrically by their Oglala Lakota ancestry. The band consists of father Scotti Clifford, vocals/guitar/bass, daughter Wahpe Louella Clifford (16) on drums, and son Welby June Clifford (18) on guitar. They have recently toured the United States, opening for the bands Dispatch and Nahko & Medicine for the People at Stubb’s in Austin, Texas, and The Greek Theatre in Los Angeles, California. Singer-songwriter Scotti says touring from coast to coast symbolizes a traditional buffalo hunt. “In order to provide for my family, we must follow the music.” As a modern day Lakota family who views movement as sacred, Scotti hopes to show his daughter and son how to find balance, both spiritually and professionally.

Mallory Black of StrongHearts Native Helpline on Make No Bones About It. May 5th, 2019 4pm 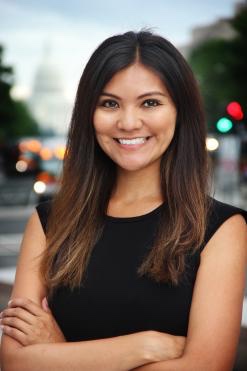 Mallory Black (Navajo) is the Communications Manager for the StrongHearts Native Helpline and an award-winning freelance journalist. As a writer, Mallory has specialized in covering Native American communities and their unique intersections with education, health, and the environment. Originally from Salt Lake City, Utah, she has reported from Chicago, San Diego and Washington, D.C. She currently resides in Austin, TX.

After earning a master’s degree in journalism from the Medill School of Journalism at Northwestern University, she completed an internship with the news desk at WBEZ Chicago Public Radio, the city’s National Public Radio affiliate. Mallory previously served as the Communication Specialist for the Division of Student Affairs at San Diego State University.

Mallory holds a bachelor’s degree in communication with emphasis in public relations and a minor degree in peace and justice studies from Utah Valley University (UVU), where she served as the News Editor of the university’s newspaper, the UVU Review. During her time at UVU, Mallory studied abroad in Port-au-Prince, Haiti, to research communications, development and humanitarian response with several nongovernmental organizations (NGOs) and representatives of United Nations agencies. She also served as a communications intern at the Salt Lake County Division of Youth Services.